If you have read my posts before or follow me on Twitter (@SocStuEdTech if you don't follow me, please do so, let us learn from each other!), you will know that over the past couple of months, I have written a great deal about the 21st Century Learning Conference, put on by CUE-Nevada (@CUE-NV on Twitter).  Finally, after months of planning, stress, anticipation, and excitement, the conference commenced this past weekend.  And while there was a lot of work, stress, and potential issues that could have made the conference a flaming dumpster, I couldn't be happier with the results. 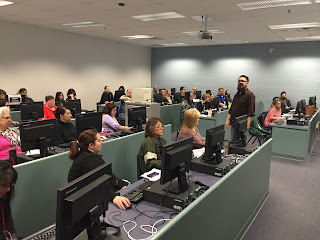 First of all, I need to throw some thank yous out there.  None of the successes of the conferences would have been possible without the support of the CUE board.  A great deal of tips, suggestions, and volunteering to knock out various aspects of the planning and execution of the conference goes straight to Margie Zamora, Sara Boucher, Jody Myers, Snehal Bhakta, Karl Gustafson, Anita Thompson, Heidi Carr, Susan Neal, Steve New, Verena Bryan, and the great staff of Canyon Springs High School.  I also need to thank Mike Lawrence, CEO of CUE (@techmaverick) for his time and efforts at the conference, and providing a grand prize of entry to the CUE National Conference in Palm Springs in March.  Brian Briggs deserves a massive thank you, for he was our keynote speaker and did an amazing job of encouraging educators to step out of their comfort zone and #bebraveEdu.  We had two amazing vendors in Moore Educational Resources and Infobase Learning that provided some wonderful information and opportunities to our attendees.  And lastly, I need to thank anybody that attended #CUENV16.  Over 200 teachers, administrators, and others took time out of their Friday and Saturday over this weekend to make themselves better in the name of improving their students and schools.  I cannot commend and thank our attendees enough! 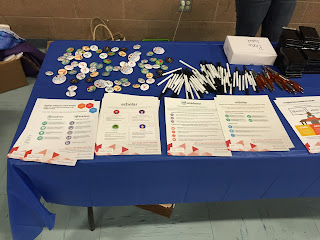 The format of the conference on Friday night was the "unconference". Some attendees went to sessions on coding and "taking back the teacher's lounge", but for the most part, it was up to the attendees to decide what the sessions were about.  After gathering ideas from the attendees, my team and I came up with four different sessions that ran an hour apiece, two sessions in a row.  Unfortunately, in making sure that everything was running smoothly, I was unable to stick around in any of the sessions, but it appears that most participants were very happy with our format, especially the "Social Media and the Classroom" session.  Ultimately, Friday, even though it was only about 4 hours long, was the longest day because the conference didn't start until 4 PM after everybody had worked a full day. 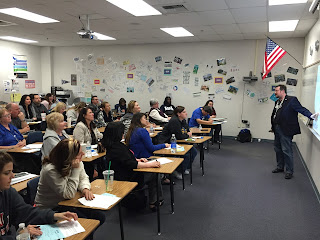 Saturday was more of a standard conference format, with the keynote address first thing in the morning, followed by 4 hour long sessions split by a lunch period.  There were tons of great presentations from Google tools to coding, from TedTalks to STEAMPunk, from gadgets to technology customization.  Again, I couldn't sit in on sessions much, but everything that I saw was absolutely amazing.  The verbal feedback I got throughout the day was also very positive, with many people saying that they learned a lot that they could take back to their classrooms.  We couldn't have been happier! 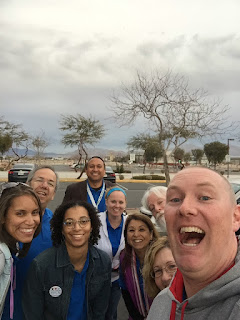 The board and I are already in the process of planning the next conference, with a projection of sometime in the fall of 2016.  I have also suggested that as a state organization we work to put on more frequent sessions, such as day-long workshops and staff development training.  As successful as I feel this conference was, there are so many things that we can do to make it better and make the next one the best conference that you have ever been to.  In the meantime, there are so many great conferences and workshops that are available.  Look in your local area for EdTech Team GAFE Summits, CUE Conferences, CUE Rockstar events, EdCamps, ISTE, and so, so, so many more!  Regardless of the price, you can never go wrong, as long as you take at least one thing from the event and meet one person in which to network. 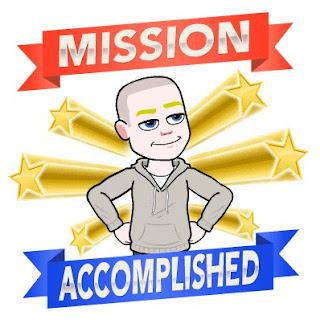 Until next time... I will be trying to catch up on some sleep, quite possibly on the job (no not really!!!)! 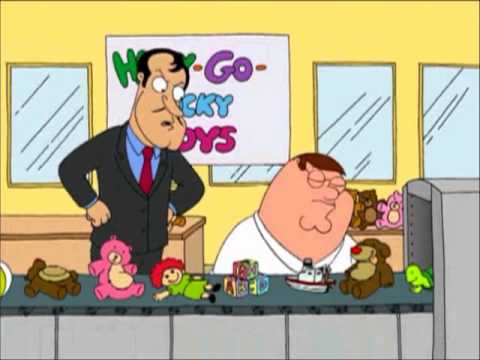