The Worst They'll Say Is No!

The school year was winding down, and frankly, it couldn't come more quickly.  The previous 8 months had been mostly online, and if you are an educator and reading this, you know what online teaching was like in the 2020-2021 school year.  I was exhausted and the last thing that I wanted to do was to start thinking about the following school year that would, hopefully, return to in-person learning, albeit with some sort of restrictions due to the COVID-19 pandemic.  But with schedule planning for the following year in full swing and school leaders looking to make some changes to course offerings, my co-teacher and I were thrust into more planning than we had anticipated.

At the beginning of the 2020-2021 school year, I met the teacher that I would be working with via Google Meet.  We talked a little bit about who we were as educators, expectations for the year, and how we would plan together through a screen.  I also explained that I was asked to co-teach algebra, a subject that hadn't even take as a course in 20 years, let alone ever taught it, but she assured me that regardless of my inexperience in teaching math, we would get through it and learn along the way.

Over the course of the next few months, we developed a great relationship, realized how well we worked together, which only became better once we returned to part-time in-person teaching in April after 7 months of online teaching. I enjoyed math, for the most part, as a student, but my co-teacher's passion for math was infectious and made me truly love teaching math.  Not bad for someone that last had math, a trigonometry course, in 2001.

As the school year was winding down, we were both excited and anxious about what the following year would bring us.  We wanted to continue working together, but it is never guaranteed when schedules are created.  We notified school leaders of our desire to work together, but again, we just did not know.  But a bombshell to scheduling created an opportunity for us that we did not see coming.

For years, my school offered a course titled fundamentals of math for incoming freshman.  This was a class that was assigned to students coming from middle school that had struggled with math over the previous few years in addition to the standard math class for freshman, algebra.  The course would be scheduled on the opposite day of a student's algebra class so that they would have a math class every day.  Once a student passed the fundamentals class, they would earn elective credit toward graduation.  However, it was decided to discontinue the class for the 2021-2022 school year, but my co-teacher and I had an idea...

We knew the benefits of the fundamentals class for so many of our students and were disappointed that the class was eliminated.  We knew that many incoming freshman, especially after nearly a year and a half of online learning, would benefit from an extra math class.  So we came up with a proposal for our principal: why not offer our algebra class as a double block where students would have us every day and allow for us to spend more time with students on algebraic concepts?  And because it would be in the student schedules as two math classes, perhaps they could earn two math credits instead of the one math and one elective credit like the fundamentals of math class did previously.  So we walked over to our principal's office with our plan and hoped she would at least consider it.

Our principal had questions, naturally.  How would we determine which students should receive the second block?  Would we make the second block class different than the first block in regards to activities, assignments, etc.?  Would a student that did not struggle with math in middle school be a good fit for the class?  Ultimately, we didn't really have answers to these questions and asked our principal what we would need to do to make our idea become reality.  After some brainstorming sessions and a couple of more meetings with our principal, we came up with a final plan:

It was ambitious to say the least.  In my 16 years of education, I had not seen anything like this in any of the schools that I had worked.  And while we had confidence that our principal liked the initial idea, we wondered if this was too ambitious or if was even possible to offer based on district policies.  We didn't have to wait long to get our answer though.

Before we had even finished pitching our final plan to our principal, she was sold.  Ultimately, she loved the idea of giving students two math credits, getting students the extra help they needed, giving students with strong skills the opportunity to build their leadership skills, and in times of tight budgets, it wasn't going to cost any extra money to make it happen.  The only thing that our principal asked for was that we go out of our way to try outside of the box things with our classes and not simply use the class as a way to do our same lessons from algebra and treat it as extra time.

Fast forward to this year, about five weeks in, our plan is a work in progress. We created two sections of Pre-Algebra with a wide variety of student skills.  The students selected were evaluated by us in Algebra for two weeks before we had counselors make schedule changes.  We had individual conversations with all students and many of their families about why we believed the second class would be beneficial, and out of the nearly 70 students we talked to, only two decided that they did not want to take the extra class.  In the end, we anticipate that more of students are going to earn the credit, more students are going to appreciate math instead of approaching it as just another class they don't like but have to pass to graduate, and better prepare students for geometry and beyond.

You may be thinking to yourself, "There is no way that this would ever happen at my school."  My reply?  "How do you know?"  When it comes to any idea that you may have that you believe will benefit student learning, whether it is proposing a second math class, purchasing a site license for a great app, or anything, the absolute worst thing that can happen is that your principal will say no.  I fully understand that some school leaders may be intimidating to approach, which is very unfortunate, but as long as you have a good idea and reasons why it would benefit students, I would venture to guess that most would at least hear you out and now shut you down from the start.  And I am not saying that all ideas are going to be approved, but hopefully you will be given a reason for denial or feedback on how to make your idea better for potential approval in the future. 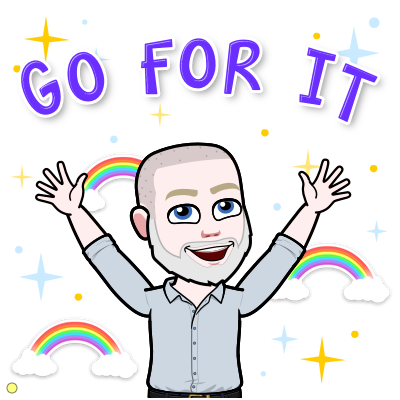