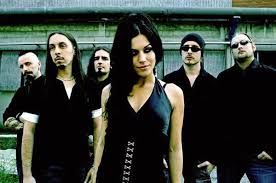 Over the past few days, everything and anything has piled up on me.  I have spent more time in my classroom after hours trying to catch up on all of the things that need to get done that I would like to admit, and it still seems like I haven't made a dent in the pile of stuff.  While thinking this morning about how swamped I have been in the past few days, it put a song in my head, titled "Swamped" by Lacuna Coil.  The lyrics really have nothing to do with my situation, but it is a solid tune by an Italian goth-metal band.  I have include the music video below for your viewing and listening pleasure!

So what exactly has been the issue over the past few days?  Spring break, that's what.  "But spring break was last week!"  Yes, it was, and while I had good intentions to get stuff done, it didn't really happen.  Sleeping in until 8 (!!!), watching Netflix, and hanging out with my kids sounded like a better time than catching up on school work.  Finally, when I decided to write lesson plans, Curriculum Engine, the program that my district uses to post lesson plans, standards, etc., was undergoing maintenance.  So when I returned back to work earlier this week, it finally hit me as to what exactly I had to get done and it has been catch up ever since.

Because I have been so swamped and need to catch up on other items, I will be cutting this one short today.  However, in case you did not know, Google has now rolled out add-ons for the new Google Forms!  There are numerous add-ons now available, such as Choice Eliminator, All Questions Required, and Form Ranger.  Now you don't need to toggle back to old forms to use your favorite add-ons! 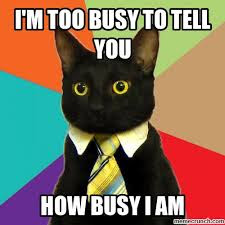