Today is Day 2 of CUE National.  Well, actually, it is Day 1 for me.  Unfortunately, I was unable to make it down for the Wednesday opening events and the Thursday sessions because of my leadership academy class.  However, after powering down a grande dark roast, finding the Peter Frampton acoustic live set on SiriusXM Classic Vinyl and driving 4 hours through a beautiful (what I assume to be beautiful, I'm not sure, it was dark and there was only a half moon) stretch of road through the Mojave National Preserve, I made it to Palm Springs this morning around 1:30 AM.  Of course, I woke up at 5:30 wide awake after about 4 hours of sleep (4 hours and 20 minutes according to the FitBit, I can't get away from technology even when I sleep!) ready to rumble.  Another grande dark roast and a fully charged battery in all of my devices and I was ready to go.

The morning keynote was absolutely amazing.  The founder of code.org, Hadi Partovi, gave an amazing speech about the importance of computer science education for all students, but especially young girls and minority students.  It amazes me what an impact that his organization has done in such a short period of time since the organization's inception, and it is important!  Today's world is ever changing, computer science is one of the best way to prepare for those changes.

One of the most important things to keep in mind when attending a conference is to vote with your feet; if you do not like a session, get up and leave and find a session that better suits you.  I walked into a session this morning that I thought was going to be awesome, but after about 10 minutes, I just was not feeling it.  Maybe the session got better, maybe it got worse, I don't know.  Ultimately, I spent some time talking to some vendors about their products and giving them information regarding CUE-NV's state conference in October (more on this in a later post once the conference is finalized).  I spent an hour and a half schmoozing vendors, and I only got to about a third of the vendors there.  I have a lot of work ahead of me yet.

I began to write this before a session on ed tech legislation that I thought would be interesting.  The presentation started well, objectives of the session stated that we would cover a lot of pertinent laws at the federal, state, and local level.  However, much of it was not going to apply to me, because as a resident of Nevada, we are not California... 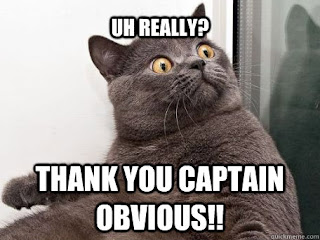 Needless to say, I had to walk out of a second session, partly because of the content, partly for other reasons. I'm not sure if it the severe lack of sleep that is knocking me off my game a bit, or if the sessions just aren't my cup of joe today, but I haven't done a great job of picking my sessions.

I do need to acknowledge some awesome folk that I have had the pleasure of either hanging out with today or meeting for the first time.  If I miss your name, it's not because I don't care, it's because there are just so many of you awesome folk out there!

Ryan O'Donnell, Brian Briggs, Sara Boucher, Steve New, Michelle Osinski, RosaLinda Jaimes, Kaitlin Morgan, Doug Robertson, Seth Martin, Kelly Martin, Anita Thompson, and so many more.  You are all gladiators in the coliseum of education! And Brian, this one is for you! 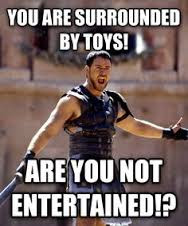