The Pieces Falling in Place

Going through the process of finding a job is nervewracking.  The last time that I went through the process of a move and a job hunt was when I graduated from college in 2005.  And while I remember that process being stressful, it wasn't as if I was unemployed at the time.  Was I employed doing something that I wanted to do for a long time or for the rest of my life?  By no means, but I was working fulltime at Applebee's and substitute teaching, and for where I was living at the time in Marquette, Michigan, I was actually making decent money.  However, decent money, if you are not content with what you're doing, doesn't mean much.

A few months back, my wife, Mary, was accepted to grad school and after talking about it, we decided that we would move to Reno so she could pursue her master's in speech-language pathology.  Her program will be a little under two years, but she will not be working so she can concentrate on school, so it was imperative that I find a job.  The problem was, nothing was available for me in my licensed areas, so I had to be willing to either drive to other districts outside of Reno or find a position in special education while working on the requirements for licensure.

I had seen the commercials and knew a little about WGU, but the extent of what I knew was that it was a nonprofit school that was online.  I looked into their education programs and applied after learning that they had a special education degree, their tuition was very reasonable, and it was completely online (I already have two online degrees, I love the ability to work on my own time and I am self-motivated to get things done).  At first, I was interested in just taking the required classes for licensure, but when I learned more about WGU, it made sense to pursue the Masters in Special Education.

WGU is very unique in how they charge tuition and fees and how you move through your degree program.  WGU assigns classes to six-month terms, rather than semesters that are typically around four months long.  You could take the minimum number of classes during the term or you can take as many as you can and the tuition is the same.  My degree program is 31 credits and I am hoping to complete 18-20 of the credits during this first term.  How can you do that, you may be asking?  WGU is also unique in that you complete the classes on your schedule and because it is competency-based, with a pass/fail grade assigned (something that I have really become more interested in and passionate about lately, you will see a post on competency-based learning soon!), you can take the final exams when you are ready, not on a specific day at the end of the class.  For example, I just completed my first class in about 15 days.  I completed some of the activities with the class and realized that I knew most of what it was covering, so I requested to complete the final exam and writing prompt, passing both and finishing up the class.  I have now started my second class and hope to have it done by the end of June, finishing the first six credits of my program in a month.

So, it's great that I got into a degree program and that WGU is a great fit for me, but how is the job hunt going?  I applied to a few positions in Reno, one in Carson City, and one in Lyon County.  Each of the positions was special education, with the exception of Lyon County, which was a technology coaching position that covered the 18 schools of the county (this one was my number one, even though it would have required driving up to 180 miles roundtrip on some days).  My anxiety began to build when I wasn't getting any responses back from the Reno schools and a notification that the position in Lyon County had been filled.  However, I did get a call from Carson City requesting if I would like to interview, which I gladly accepted.

Conveniently, Carson City wanted to interview me after school had ended for me in Las Vegas and my family and I had planned to go to my parents' place near Redding, CA.  It was easy to pull into Reno for a night and go out to Carson for the interview and take care of some other things in Reno, like getting the kids registered for school.  So I prepped a sample lesson, cut my hair and put on a tie and headed out to interview at Carson High School.

I don't get nervous for interviews.  My philosophy is to be confident, be honest, and the rest will take care of itself.  The panel for my interview asked me some very tough questions on some things that, frankly, I didn't know a lot about because I haven't worked as a special education teacher before.  However, I was very honest and stated that while I wasn't licensed in special education, I had been cleared by the district to complete the requirements if I was hired.  I answered questions to the best of my knowledge and experience and relied heavily on my classroom management, teacher-student relationship philosophy, and educational technology skills.  In my sample lesson, I demonstrated how Pear Deck can be a game changer in a classroom, especially with special education students because it provides a safe platform in which all students can participate, regardless of learning styles, fears, etc.  I left the interview and made the 25-30 minute drive back to Reno confident that I did well, but still preparing to apply for other jobs.

As I got off the freeway when I got back into Reno, the phone rang, displaying a 775 number on the screen in the car.  For the non-Nevada folk out there, 775 is the area code that covers the entire state with the exception of Clark County, which is mainly 702 or 725.  Maybe I was being presumptuous, but I assumed that it may be Carson High School or the Carson City School District, or maybe a school in Reno.  I answered to hear the voice of the assistant principal that I had spoken with just 45 minutes before, asking if I would be interested in joining the team at Carson High School as the newest special education teacher! Like I have previously said, I felt confident that I did well in the interview, but I was floored that I received a call and offer so quickly.  I gladly accepted and told her how excited I was to become a Carson Senator!

Over the next few weeks, I will be busy beyond belief, completing as much of my degree program as I can, traveling to Carson City for my new hire orientation, packing my belongings, and making the move to Reno.  My kids will be back to school, or in the case of my youngest, going to school for the first in pre-K, on August 6 and I will be completing new hire training the same week before reporting to my new school the following week and starting with students on August 20.  While I like to think I wasn't worried about getting a job, I do know that now that I have a job and everything is starting to come together for the move, a large weight has been lifted off of me and I can prepare for the next chapter.  And as for my wife, she has her class schedule for her own grad program and she is preparing for the next step of her profession and passion.  I couldn't be prouder of her and get to celebrate our 10th anniversary on June 21st!

Enjoy your "time off", learn something new, watch some amazing soccer during the World Cup, and do something that you love! 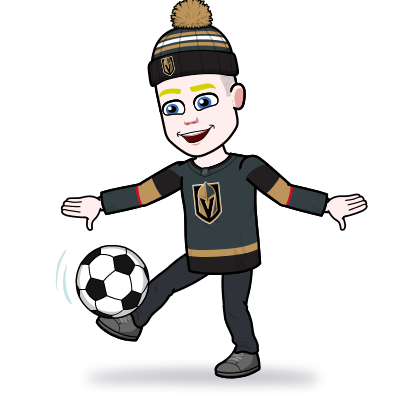