I opened my laptop, not so patiently waiting as the bootup process ensued, first with the Microsoft Vista logo, then the black screen with the hourglass, before my desktop image and, slowly, items saved to my desktop, appeared.  This process took about two minutes before I was able to open up Mozilla Firefox for a quick check of my email and Facebook, then proceeded to open Microsoft Word to write a few lesson plans before creating a presentation for class in PowerPoint.

While this story may still be applicable to some today, a lot has changed since 2010.  Windows Vista has given way to Windows 10 after several other iterations of Windows.  My laptop is much faster, if I'm even using my laptop, as I am more likely to be using a Chromebook, iPad, or my phone, all of which either didn't exist or were in their early stages in 2010.  I have shifted to using Google Chrome for my web browser instead of Firefox and while Office has introduced a web-based version of Word, PowerPoint, Excel, etc., I rarely use them as I have embraced the Google suite of tools like Docs, Slides, and Sheets. 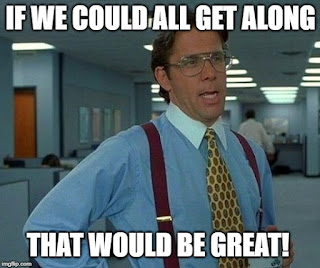 So much has changed in the last decade. And yes, I get that there is a debate whether 2020 is the start of a new decade.  Some will argue that this is the start, while others will state that the new decade doesn't start until 2021.  According to Wikipedia, technically, the decade does not start until 2021.  However, the article also states that "the frequently used method to refer to decades is to group years based on their shared tens digit, such as the nineteen-sixties (1960s)."  It also states that any set of ten years can be referred to as a decade., such as 1996-2005, the years in which I started high school and finished college.  That said, in my opinion, the debate on when the new decade starts is completely up to personal preference, much like what you like on your fries (I like salt and malt vinegar, ranch, or barbeque sauce, but if a place has poutine, that takes fries over the top!).

Regardless of your thoughts on when the next decade begins, I wanted to take a look at three key things that have dramatically changed in the last decade and perhaps make a prediction at what may change in the next ten years, for society as a whole and for me as a professional.

I was slow to embrace social media.  I didn't create a MySpace account until about 2008 and shut it down shortly after creating my Facebook account in 2010.  Twitter did not enter my life until 2015, and as of this writing, I have only been on Instagram for about six months.  As for other platforms, I do not have intentions of creating accounts, I am content with my current social media usage.

I see social media continuing to grow, but I also see many of the issues with social media, especially misinformation, continuing to grow.  Social media companies need to be better about rooting out misinformation and hatred toward individuals while protecting free speech.  Social media should bring people together, not polarize people and divide us further.  In ten years, I hope that we are more unified, not separating ourselves like cliques in a high school cafeteria.

Devices
What a time for choice in regards to devices!  In 2010, we had laptops and early smartphones.  And I didn't jump on the smartphone train until 2012.  I was slow to embrace a smartphone and slow to realize the potential power of the smartphone; I was content with my laptop.  We also had the first generation iPad that was a gamechanger on many levels.

My first smartphone was an HTC Evo Shift.  Even though I finally got that first smartphone, I couldn't let go of the full keyboard.  The Shift had a screen that, well, shifted away from the main body of the phone to reveal a keyboard for texting, social media, etc. I refused to get an iPhone because they didn't have the keyboard.  But when I was due for an upgrade, I decided to "shift" to an iPhone and see what the fuss was all about.  Not only did I love my first iPhone and realize that I did not need a full keyboard, but that first iPhone began a trend of me becoming less reliant on my laptop.

Schools saw the potential of the new choices in devices as well.  My school had iPad carts that you could check out, students had iPod touches and smartphones that were accessible to WiFi, and with the rise of Google Apps for Education (now GSuite), the first Chromebooks were born.  But for some reason, many schools, at least where I was, were hesitant to embrace Chromebooks.  The general idea was that it would be hard to connect to the network and security would be an issue as well.  However, once those issues were resolved, many schools began to scoop up Chromebooks by the hundreds.  A former colleague of mine even went as far as installing Chrome OS on some old laptops to make them useful again.  I even have an old personal laptop that I "turned into a Chromebook" with an open-source version of Chromium as a backup.  Then there are smart devices like the Apple Watch, FitBit, and others that are commonplace.

Each week, it seems that updates are made to iPads, Android tablets, smartphones, Chromebooks,  traditional laptops and other devices that take them to another level that didn't seem possible a year ago, let alone a decade ago.  What will the next decade bring?  It's hard to make that prediction.  With 5G networks coming, connectivity is going to be even faster and more accessible than ever.  Devices are becoming more compact and powerful.  While the traditional laptop is something that will still be around in 2030, it may become the VCR of the DVD era: there will still be a demand, but prices will be higher than now because companies won't want to make them, much like trying to find a VCR now.

Tools & Methods of Teaching
Along with the development of technology that is more accessible to educators and students came digital tools that enhanced and streamlined lesson planning, execution, and learning.  The dawn of 2010 was a time when Microsoft Office was my go-to tool where I would create activities in Word, PowerPoint, and Excel and I used a primitive teacher website that was provided by my school district.  But as the decade moved along, my teaching transformed into something that is unrecognizable compared to then.  Not only has technology changed my teaching, but my philosophies on a lot of things, such as worksheets and homework, has changed dramatically as well.

While I could identify a plethora of things that changed my teaching and my mindset, the three that really had the biggest impact on me were Google Apps for Education (GAFE, now GSuite), Socrative, and CUE.

In 2013, my school was selected as a pilot school for Google.  I immediately embraced it, even if it was as simple as converting my Microsoft files to Google and ditching my flash drive for Google Drive.  But I grew along with the Google suite as I learned more creative ways to use the tools, attended events like EdTech Team Google Summits, and grew my PLN in my district and through social media to be more innovative.  Now I am a Google Certifed Educator, Level 1 & 2, as well as a Google Certified Trainer, striving to learn more and be more innovative every day.

Socrative was the first third-party digital tool that I embraced.  While I haven't used Socrative in a long time. I was one of the first digital quiz and response tools that I used with my students.  Eventually, it opened the door to other interactive tools like Kahoot!, Quizizz, Quizlet, Flipgrid and more.  While I would have eventually discovered other tools anyway, I give Socrative a lot of credit in helping shape the educator that I am now.

And lastly, discovering CUE has been career-changing for me.  It all started with free registration and membership to a CUE Rockstar event in 2015 where I met Brian Briggs and got to know my colleague Steven New more.  Now, I have been to Spring CUE every year since, Fall CUE on three occasions, numerous affiliate events, I served on the board of CUE of Nevada for nearly four years, and can call dozens of people from throughout Nevada, California, and beyond as friends.  CUE has inspired me to try all sorts of things and is partly responsible for inspiring me to write my book that will be out in 2020!  I cannot thank CUE enough! 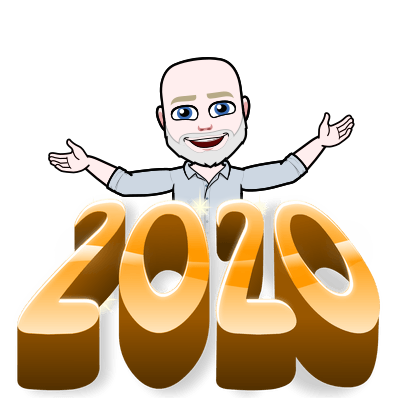 In the next decade, I'm not even going to try to predict.  So many things are happening on a weekly basis that some of the great things that were are using now may be obsolete in a year (not to say that Socrative is obsolete, but I haven't used it in about four years, and another great tool that I used to use, TodaysMeet, is no longer in existence).  I'm excited to see what's to come in the next few months, years, and the decade!

With the closing of this year and decade, my social media feeds have been flush with reflections from a variety of people.  It's been awesome reading these reflections, as it has brought about more reflections on my behalf.  Here's to the end of a decade and an even more successful one in front of us, the 2020s!