So here we are, the beginning of another new year, which will be my 38th on this planet by the time September rolls around.  I always like to take time to reflect on the previous year, revisit my goals from the previous year, and set some goals for 2019.  2018 had its tough moments, but overall, this was one of the best years of my life, personally and professionally!

Throughout the fall of 2017, my wife, Mary, submitted applications to various universities to enter a graduate program for speech and language pathology.  Early in 2018, she received notifications of acceptance into two programs, accepting the University of Nevada's offer.  That being said, that meant a move from Las Vegas, the city that we had called home for 13 years, the city in which both of our children were born and all that they knew, the city that I watched grow, suffer in sorrow after the events of 1 October, then heal as the Vegas Golden Knights went on to become the most successful expansion team in NHL history.  It meant leaving the only district in which I ever taught.  It meant having to be flexible in searching for work, as Mary would not be able to work while pursuing her degree.  On July 26, 2018, I watched the City of Las Vegas disappear in my rearview mirror as I motored a 26-foot U-Haul truck towing my car out of the valley northwest along US-95 toward The Biggest Little City in the World, Reno.

A new city comes with a new job.  In my case, a new job in more ways than just a change of schools.  While searching for jobs, there wasn't anything available within my teaching license, so I had to be willing to accept a position that may not have been ideal.  In the application process, I was accepted into a program that would allow for me to teach special education without a provision on my license so long as I completed the requirements to add it to my license within three years.  I applied for numerous positions, elementary and secondary, ultimately interviewing and accepting a position at Carson High School in Carson City, NV.

When I interviewed for my job, I was asked if I would be willing to work a special program held after school designed for students with behavioral issues and/or a need for an alternative approach to courses and credit retrieval.  With my experience working at a behavioral school for a year and my short stint as a dean of students, I was certainly intrigued by the program and expressed such in my interview.  After accepting the offer of employment, I was informed that one of the main reasons why I was offered the position was because of my experience and my willingness to work with students that many deemed to be tough.  While it certainly has it's tough days (what position in education, or any career, doesn't?), it is certainly rewarding to see students that were not successful in a traditional school setting begin to make strides academically or behaviorally.

Because my wife is going to school full time and is not bringing in an income, it is up to me to cover our expenses until she is done in the summer of 2020.  I knew that my teaching salary alone would not be able to cover everything, so I had to find something to earn a few extra dollars.  I was approached within the first week of starting my new position about teaching adult education government.  I taught government for several years, and while I never taught adult education, I taught the course as a credit retrieval on Saturday mornings for a couple of years.  Not only did my district need a teacher for one night, but they also wanted to offer it for two nights, so I accepted their offer to teach it on Tuesdays and Thursdays from 6-9 PM.  It certainly makes for a long day, but like my work with the behavior and credit retrieval program, it's definitely rewarding to see students make progress toward a diploma through my class and the others offered through adult education.

When I look back on my goals for 2018, one could say that I was a failure.  In the post that I published in December 2017, I outlined that I wanted to lose some weight, get started on writing a book, and while I was vague about it, wanted to make a shift in my career.  I certainly did not lose weight, in fact, I gained a little more.  While not trying to make excuses, it has been tough to focus on weight loss and an exercise routine after the move and the extra hours that I am working to support my family.  Hopefully, the bike that I received for Christmas will make it easier to get into an exercise routine.  I also did not get anything going on a book, and I am going to go with the lack of time with the move and my new job as my explanation (not an excuse).  However, I did make the move to a new city and a new school in a whole new position, which is something that I set out to do based on my wife's acceptance to graduate school.

I am still working on my goals for 2019, as well as my #oneword2019.  I will highlight those in a later post.  In the meantime, Ben and I published a 2018 Year in Review episode of The BeerEDU Podcast, found wherever you get your podcasts (and we also have a website now, check it out here!).  I also started a video blog that can be found on my YouTube channel.  My first episode is available now, I hope to publish one a little more frequently than I do my written blog, as I tend to put more time and thought into this, whereas my video blog is going to be much more informal.  And lastly, I have two events coming up in which I am presenting.  I will be at the Tulare County Tech Rodeo in Orosi, CA on January 19, then I will be in Las Vegas on January 26 & 27 for the EdTechTeam Google Summit!  The Tech Rodeo will be especially significant, as it will be the first time that I will be presenting with a partner where we planned everything remotely, and in the plans for that presentation, something very special is coming out of that; stay tuned! 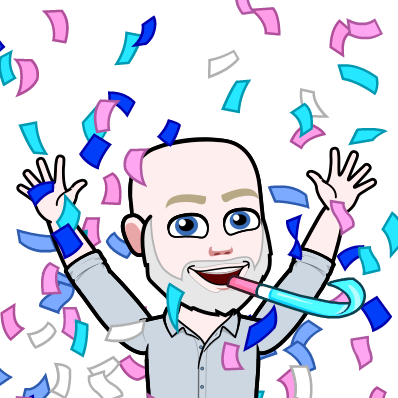