When I got into my car today, my first thought was, "Wow, it has to be 140 in here!"  The outside temperature, while not probably quite as hot, showed this: 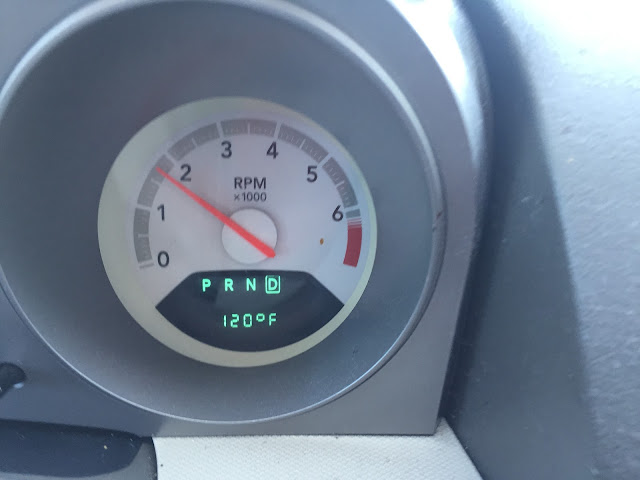 My second thought turned to the topic on the radio.  I had been listening to baseball yesterday when I got home, so the station was on Mad Dog Radio, with the host in the middle of interviewing Charles Barkley.  Like him, hate him, roll your eyes at him, whatever your opinion of him, he is always interesting to listen to because he always speaks his mind and does not care what anybody thinks.  While I personally tend to find him outrageous most of the time, I was intrigued by the conversation and left the interview on as I left the house to run my errands.

The topic of discussion was Michael Jordan's recent comments regarding police brutality, Black Lives Matter, and the current state of race relations in America.  I have some passing knowledge that Jordan said some things that may have ruffled some feathers, but he also received a great deal of support for his remarks.  Frankly, since I did not hear, see, or read what was said, I cannot issue an opinion.  The main focus of the conversation was whether or not Barkley supported Jordan, the BLM movement, the media's coverage of BLM and the perception of police during this tense time.  What Barkley had to say really got my gears turning as to how this is a perfect opportunity to address the educational implications of BLM and how American society is flawed in many ways regarding race relations.

Since I do not have a transcript, I will do my best to summarize Barkley's words.  He stated that there is an abundance of violence towards blacks in this nation and racism that goes with it and many other aspects of society (I agree).  He stated that it's probably not as bad as what the media says it is (can't agree or disagree but I do have opinions about how the media skews things to gain a following, but regardless, statistics do not lie about the number of, especially young black men, in prison, getting stopped on the street, etc.).  He referred to pro athletes stepping up to voice their concerns with race relations in the country, but how it should not be their job to do so.  This is where the conversation got really interesting.

Charles Barkley stated that he appreciated what pro athletes were saying, but what were they REALLY doing?  Pro athletes are role models, but for too many African American kids, these are the only role models of their race that they see.  Naturally, many black kids gravitate towards sports and/or entertainment because they do not see role models that are doctors, lawyers, engineers, etc.  Barkley's solution:  pro athletes need to be better roles models for EDUCATION by providing not just words, but actions, dollars, time, etc. to their communities to better opportunities for African American kids.  He summed it up by saying that if education improves, then communities will improve.

I don't often agree with Charles Barkley because he can be a bit controversial, in my opinion.  However, he hit the nail on the head here.  I must make it clear that I cannot identify with him, other pro athletes, black friends, colleagues, and family (my roommate from college, Brandon, is family to me, as well as his entire family).  However, I have worked in schools for 11 years in "minority majority", low income neighborhoods and have seen a lot of what many families must deal with on a daily basis (not just black families, but Hispanic, Asian, and white families).  What I have gleaned from my experience is that there is a cycle of poverty, crime, and other problems that can be remedied with education.  It is our job as educators to provide that education to these children that are disadvantaged.  It is also our job to work with our families, communities, school districts, etc. to provide a better future for all children.  Without our commitment, the cycle of poverty will continue.

Serious change needs to happen in regards to many aspects of our nation.  It starts with us.  Without the teachers, administrators, support staff, families, and communities working together for the common good, that change is going to struggle getting off the launch pad.