What Team Are You On?

Competition is something that has dictated human nature since the beginning of time.  In the beginning, it was about mere survival.  Humans competed with one another for food, for shelter, for protection.  As time went on, competition dictated the successes and failures of nations, of empires.  Today, competition drives so much of the world, as nations compete economically, individuals compete for better jobs, and on a more recreational level, various games, sports, and the rivalries that arise as a result, like the Yankees and Red Sox, Maple Leafs and Canadians, Packers and Bears, and Michigan and Ohio (State, but Michigan fans don't add the rest of the name when referring to the school from the state to the south).

Recently, Pear Deck announced that it was partnering with Microsoft Education to offer its platform for use with PowerPoint Online, something that has been available with Google Slides for some time.  You can check out my post on this announcement, Pear Deck for #MicrosoftEDU, here.  This announcement gave me the opportunity to explore Office365, OneDrive, and other Microsoft apps a little bit further, as I haven't used Microsoft much over the past few years since I started using GSuite for Education apps exclusively.  It also sparked a conversation between me and a handful of others on a recent episode of Sons of Technology: The Podcast about competition between educators and the camps that teachers tend to put themselves into.  Listen to the episode (and subscribe) below or find Sons of Technology wherever you listen to podcasts to check out this conversation and many more.


We all know those people, in fact, we may be those people.  "Forget Microsoft Office365, I'm a Google teacher!"  "Why do you use Nearpod?  Pear Deck is so much better!"  "You're still using Kahoot!?  You know that Quizizz is better, right?"  "I can't believe somebody would buy a phone other than an iPhone, it's light years ahead of anything Android."  You get the picture.  In fact, I have been this guy before, criticizing somebody's preferences over my own.

Over the past couple of years, I have shied away from such criticism.  Who am I to judge somebody based on their personal preferences?  And who am I to judge what a school district provides to its teachers and students?  While I certainly prefer GSuite for Education, it's mostly because it is what I know after the districts I have worked for adopted Google as their platform of choice.  If somebody works in an Office365 district and doesn't have access to Google, I have no place to judge and criticize them.

While my shift to a more accepting attitude toward others' preferences was more out of respect for others, it brings about another important point: if something works for you and it is beneficial to student learning, what difference does it make?  We don't need to put ourselves into teams that try to compete against one another when we all have the same goal:  student achievement!

Now, this does not mean that we should support absolutely everything and try to implement every single tool that's available into our classrooms, far from it!  If you like a tool, use it, tell people about it, brag about what it can do for you and your students.  Have constructive debates not about what tool is better, but how each tool can be beneficial.  Try to see all sides and make informed decisions about tools to you, don't just use a tool because a colleague or a company told you to do so. 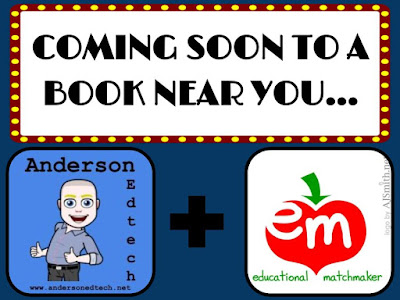 As for sports though, keep it civil, but keep running your mouths and keep rivalries alive!  I am sorry Randall (Sampson), I love you, but you are a Buckeye fan, so I may be a little bit slower in getting to you if a group of Wolverines has you surrounded.