The road stretched before me looked like any other road in the Mojave Desert:  a ribbon of faded blacktop through a landscape of mesquite, Joshua trees, boulders, and sand with small rocky cliffs and mountains jutting out on either side of the road.  However, there was nothing ordinary about this road and the reason behind the drive.  This road was Route 66, the iconic federal highway that stretched from Chicago to Los Angeles, bringing thousands of migrants not so affectionately referred to as "Okies" to California during the Dust Bowl of the Great Depression.  John Steinbeck referenced this road as the Joad family worked their way west looking for a better life in The Grapes of Wrath (my favorite book of all time, for the record).

Through many towns in America where Route 66 ran its course, you can see the diners, souvenir shops and antique stores that try to pull you in with their Route 66 nostalgia, but not on this stretch of road near Goffs, CA.  According to Wikipedia, Goffs is "a nearly empty one-time railroad town at the route's high point in the Mojave Desert."  This section of Route 66, save for the Union Pacific railway that runs alongside of it, most likely looks almost exactly as it did over 80 years ago when the road was at its heyday and 25 years before President Eisenhower signed the Highway Act of 1956, authorizing the building of the modern interstate highway system, with I-40 eventually bypassing much of Route 66 through Oklahoma, Texas, New Mexico, Arizona, and California.  In fact, according to the same Wikipedia article, this section of Route 66 was bypassed by a newer section between Needles and Essex, CA after 1931.

I was on my way to Palm Springs for the 2018 CUE National Conference.  There had been word that some of the roads through the Mojave Preserve may have been washed out and detoured due to recent rains, so I decided to take an alternate route that added about 40 miles to the trek to avoid any potential road issues.  Little did I know that my route would take me along a 25 mile stretch of Route 66.  After driving for a couple of hours, I decided to stop along the side of the road to stretch my legs a bit and ended up spending about 20 minutes taking in the views and appreciating the historical significance of the road.  I took a few pictures and recorded a short video during my stop, only seeing two cars pass by, then a train when I got back in the car to continue the journey.  The silence was something that I don't get to hear much these days living in the concrete jungle of Las Vegas.  The air smelled so fresh and clean, with no exhaust, smoke, or anything else that you normally get from the city air.  It was peaceful, yet invigorating at the same time.


Eventually, I made it to Palm Springs to start what would be a whirlwind of nearly four days of learning, networking, sharing, laughing and reconnecting.  I went into the conference with several goals:


Based on the numerous sessions I attended, conversations that I had, and new things that I tried over the course of the four days in Palm Springs, this is what I concluded:

Something that happened very spontaneously and organically over the course of the past few days was the seeds of a podcast.  Ben Dickson and I, an amazing educator and friend from Reno, have been talking for quite a while about starting a podcast, but haven't gotten anything off the ground just yet.  A couple of weeks ago, I pitched an idea to him about starting one where we start episodes riffing about what kind of beers we are drinking, then get into an education topic, possibly with a guest.  It dawned on me that I could get some practice podcasting by recording some segments with people asking them about who they are, where they are from, what they do, their favorite moments of the conference, and what they were drinking, as I decided to record the segments at social functions after the conference was done for the day.  You can listen to the reflections at the following links or by following me on the Anchor app.

The drive home is always tough after four days of learning, connecting, some beers, and a lack of sleep.  However, it also grants the ability to listen to some podcasts and music and reflect.  For those that were unable to make it to CUE, I highly recommend that you make it there someday, it's an experience that you'll never forget.  For those that I was lucky enough to see and interact with over the course of the conference, I cannot thank you enough for making me a better educator and person and all of the great things that you are doing for your students, schools, districts, and communities.  I look forward to seeing you and learning again in the near future.  And it wouldn't have been a complete trip if I didn't stop on Route 66 one more time on the ride home to take in the sound of silence and record one more short video: 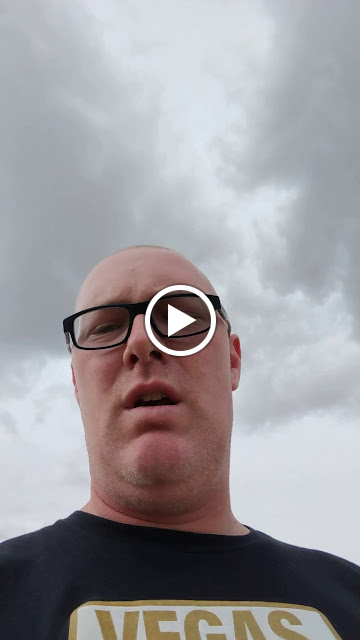