At this point, it has been summer for several weeks.  For many, summer vacation starts in mid-May, others not until mid-June, and some of you, depending on your position or district, may still be in session.  Whenever you may have started your break (if you are yet to start), summer vacation is a time of resting, relaxing, traveling, and many other things that may not necessarily directly relate to improving yourself professionally.  However, summer is also a great time to become a better educator, with opportunities galore for conferences, engaging online (ex. Twitter chats), and catching up on some reading.  As of this writing, my time is running out, with only about 4 weeks left until it is back to the grindstone on August 1.

A quick side note: I knew that going into administration would mean reporting back to school earlier than teachers.  My contract is a 10-month contract, whereas teachers work a 9-month contract.  Other administrators work an 11-month contract, and some never get the glorious summer vacation, working a 12-month contract.  To constrict my time off this summer more is the shifting of the calendar for my school district.  In the past, the district always let out for winter break in late December, with two weeks of the first semester to complete upon return after New Years.  My district shifted the calendar to make sure that the semester and grading periods are complete BEFORE going on winter break, thus starting a new semester after the New Year and eliminating that tedious time of getting students back into the routine, only to have semester exams.  To make it even better, now the school year will end prior to Memorial Day at the end of May.  I am definitely in favor of a short summer this year to be done with the year early in the future!

Since I finished my school year on June 14, my summer has been both business and pleasure, but it is definitely leaned more toward the pleasure side.  Immediately after my year ended, I attended a leadership institute offered by my district.  The institute consisted of two parts: the first session was on building school culture, something that I have been reading more about in George Couros' book The Innovative Mindset (more on that later), with the second session on student learning goals.  As a newish administrator, I have a lot of things that will be coming at me this fall that I simply did not have the experience within the few short months at the end of this past year.  My administrative team showed me the ropes on a lot of things and I learned a great deal, but next year I will be expected to jump off of the high dive and swim around the deep end, not just simply float around the shallow end.  The school culture and student learning goals session in the leadership institute not only gave me the opportunity to learn more about what will be expected of me this fall, but it gave me an opportunity to meet other administrators in my district, interact in a professional setting, ask questions of those with more experience, and make connections in which to refer to colleagues in the future.  My biggest takeaway: school culture starts with good intentions, but does not go anywhere without action and buy in.

I also had the opportunity to provide professional development for administrators in my district, along with some good friends in Lucas Leavitt, Margie Zamora, Heidi Carr, Keith Thomsen, Jody Myers, and got to meet a great dude in Nick de Buyl, who flew from Kansas City to represent Pear Deck.  Together, we presented a variety of technology tools for administrators.  Some tools were presented as ones that would directly affect administrators' daily work grind, whereas others were presented as tools to share with the staff of their school to implement in the classroom.  Over the course of two days, over 100 administrators attended two of the two events, with a lot of positive feedback and hope for future opportunities.  CUE-NV is already excited to plan the next event, but first, the Silver State Technology Conference on September 29-30 (sign up for this event for numerous edtech sessions, two keynote speakers in Ari Flewelling and Ben Cogswell, vendors, lunch, and so much more!  If you'd like to present, submit a proposal!).

As for the pleasure side of my summer, I have experienced several things that I have never done before.  The best was the trip that my wife and I took to Seattle for our 9th anniversary.  We had never been to Seattle before, my mother flew into Las Vegas to take care of our kids, and we spent 4 days experiencing an amazing city.  It also happened that the Detroit Tigers were there playing the Seattle Mariners, so we took in a couple of games at Safeco Field (the Tigers lost both, they're in freefall mode, tough to watch this year, but Safeco is amazing).  We ate some great seafood, saw some cool sites like the Space Needle and took a harbor cruise, got to see Michael Che perform comedy that was nothing like his Weekend Update sketches on Saturday Night Live, samples some great beers from Elysian Brewing and Pike Brewing, and experienced coffee on a whole new level at several places, especially the Starbucks Reserve Roastery and Tasting Room (didn't go to the original Starbucks in Pike Market, hotel concierge told us to skip that for the roastery).  I made a short video with a few pictures, but there were way too many pictures to choose from, and as I am not much of a picture guy (I am more for experiencing the moment rather than trying to take pictures), my wife has a lot of pictures that I did not have access too, and at the time of this writing, she is in Mexico (more on that in a moment too).

Upon returning from Seattle, my wife and I had a few days to relax before we both went out separate ways... in traveling that is!  Mary is currently in Guadalajara, Jalisco, Mexico working with orphaned kids.  As a speech pathologist, she gets to work with non-verbal and delayed children for 10 days as a volunteer.  Not only does she get to experience the joys of volunteering and serving an amazing cause, but she gets to experience a culture and a country in which she has never experienced before;  I couldn't be more proud of her!  As for me, I packed up the Durango and the camper and hauled our kids to my parents' place in Northern California.  While Mary was flying to Mexico and settling into her hotel in Guadalajara, I drove 650 miles through rural Nevada to Reno, then three more hours to my parents' place near Redding, CA.  Grand total, after stops, it took us about 11 and a half hours.  For the past few days, I have been a single parent, but having a ton of fun with my kids that would be a lot different if my wife was here.  We will be spending a few more days in CA before we head over to Reno for the weekend.  My parents will bring the kids back to CA while I spend one more day in Reno.  My wife will be flying back from Mexico to Las Vegas, spend a day to get her things in order before getting onto another plane to Reno where I will pick her up and reunite her with our kids after being away for 11 days.  The kids will certainly be surprised!

So what does my summer have left prior to heading back to work?  I am almost done with The Innovator's Mindset by George Couros, which is a great read and a must for anybody looking to improve their teaching and leadership skills.  Once I finish that, I am going to read Teach Like a Pirate by Dave Burgess with the goal of taking some of the lessons highlighted by the book and presenting it to the teachers in which I get to work with this fall.  I will also be heading out on a couple of different camping excursions.  One of which will be a couple of nights in Lassen Volcanic National Park, about an hour from my parents' house.  Another will be a few nights near Monterey, which I planned out to coincide with CUE LDI (Leadership Development Institute), a great opportunity to improve my leadership skills and network with so many that I look up to and call friends.  On the way back home, there may be a quick stop in Sequoia National Park, just depends on how fast the family wants to get home.

Regardless of what lies ahead in the remaining weeks of summer, I can ascertain that it will be relaxing, but with a great deal of learning at the same time.  I look forward to what will pan out and what the coming school year is going to bring. 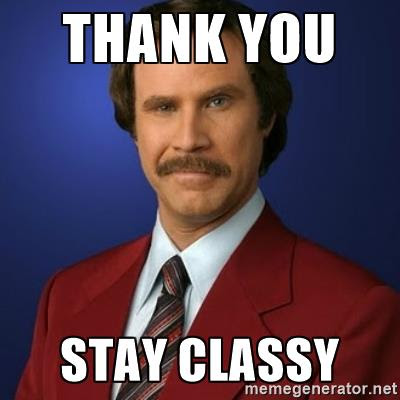